Ten singles debuted on the Billboard Hot 100 this week. While only three would make it into the Top 40, they all also made the Top 10. One of those singles made it to #1.That chart-topper was a song that is now identified with the brother/sister duo that recorded it. The other two Top 10 singles were a return for an artist who'd already hit the top spot early in the year, as well as a man who kicked off the Hair soundtrack. That said, there are some real gems in those hits that fell short of the Top 40. Part of the reason several songs failed to make much of a dent in the charts has to be that many hearkened back to a sound from the past. One was a hymn and several recalled doo-wop and classic R&B vocal groups. One song that missed might be a surprise, as it has become a mainstay on its artist's concert set list.

There is a large archive of past Billboard issues over at Google Books, and the June 20, 1970 edition is part of it. The full Hot 100 can be found on Page 60. An article on Page 3 mentions that a new radio show using info from Billboard called American Top 40 was almost ready for air. it was set to play in ten U.S. markets on July 1 and was looking for more affiliates at an unveiling they were planning in New York. Wonder how the show turned out... 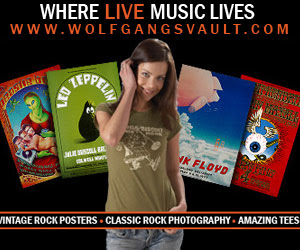 The Carpenters - "(They Long To Be) Close To You"

Funny how I mentioned American Top 40 in the introduction.

A few weeks ago I was listening to a replay of the show from 1976 (a show gets replayed every weekend, and a list of stations that play it online can be found in the links on the right side of this blog). In it, Casey said that Herb Alpert didn't want to do this song because he couldn't imagine himself singing a song about moondust. Fortunately, he had a brother/sister act at his record company who might be able to pull it off. And the rest, as they say, is history.

"Close to You" is pretty much owned by The Carpenters, as they did what most consider to be the definitive version of the song. They weren't the first, though. It was written by Burt Bacharach and Hal David and originally done by Richard Chamberlain as a B-side in 1963. Several artists tried it after that, but it never became a hit until Karen Carpenter put her vocal talents to the melody and Richard Carpenter started it off with a simple but understated piano intro. Only the duo's second single on A&M, it spent four weeks at #1 and cemented the group as a force in popular music.

After scoring the song that became the first #1single of 1970 ("Raindrops Keep Fallin' On My Head"), B.J. Thomas got his second Top 10 single of the year with "I Just Can't Help Believing." The lyrics express about being in love and realizing how nice it is that somebody is there with him. Or at the very least, he's found somebody who puts up with him.

The song was written by Barry Mann and Cynthia Weil, and previously recorded by Mann and Bobby Vee. It would also be a regular song in Elvis Presley's stage show. However, it's most identified with B.J. Thomas thanks to his hit rendition.

Ronnie Dyson's voice was the one that led off the Hair soundtrack with the words "When the moon is in the seventh house, and Jupiter aligns with Mars." Although the song was a hit single for The Fifth Dimension in 1969, the cast soundtrack was successful enough that the version sung by Dyson was quite familiar to many. Considering that, it's interesting to point out that "(If You Let Me Make Love to You) Why Can't I Touch You?" was from another stage show (off-Broadway) called Salvation.

However, Salvation wasn't quite the success Hair had been. The rendition by Dyson -- who wasn't in the show -- was an attempt to generate some interest in the play. It failed, and the show soon folded. Even as the song reached the Top 10, the show didn't get a lot of mention.

Dyson has been forgotten by many fans despite the fact that he possessed a great vocal talent. He was underappreciated during his life, and the fact that he died of heart failure in 1990 at age 40 won't help change that.

The Intruders - "When We Get Married"

"When We Get Married" sounds like a throwback to the late 1950s/early 1960s sound for good reason. The Intruders began in Philadelphia around 1960, singing as a gospel-influenced doo-wop group.

By 1965, they became early associates of young songwriter/producers Kenny Gamble and Leon Huff. That association helped define what would become the "Philly Soul" sound, as they served as the prototype of that form. At the same time, they sometimes reverted to their old form, as they did with "When We Get Married." The signature Gamble/Huff string section and production values can be heard, but the vocals are a blast from the past.

Despite the fact that vocal R&B groups were beginning to fall out of favor by 1970, the song still narrowly missed reaching the pop Top 40. It did make the R&B Top 10, though.

"Pearl" was co-written by Tommy Roe along with Paul Revere & the Raiders guitarist Freddy Weller. The two also collaborated on the #1 single "Dizzy" as well as "Jam Up Jelly Tight."

However, this was no Bubblegum tune. It was more adult, coming more from a singer/songwriter point of view. It comes off more as a slow burn than the adrenaline-infused music that fans better remember from him. It's softer and slower, as an understated organ starts off the song before Roe first purrs into the microphone. That's not to say that the 14 year-old girls couldn't get into it like they did with "Dizzy," but Roe himself was pushing thirty. There's a certain point where a singer goes from having the young girls like him to just being creepy about it.

The followup single to "Little Green Bag" was an interesting mix. George Baker (born Johannes Bouwens) was from Holland, and his group was part of what was dubbed the "Dutch Invasion" that occurred in 1970. However, despite the obvious Dutch accent in the vocal, the song is given a Louisiana Cajun flavor with fiddles and an accordion.

The YouTube video sounds like it's a live version with crowd noises, but those sounds appear in the single release (which give it more of an authentic feeling) and the performance is lip-synched for television. Even so, it's a fun three minutes if you've never heard the song before.

As familiar as "Cinnamon Girl" is to many, it may come as a surprise that it only reached #55. While it's become one of Young's signature tunes, its original chart run may seem disappointing considering it's an awful lot more well-known than other songs that charted much higher. In fact, "Cinnamon Girl" was beaten to the Hot 100 in a cover version by The Gentrys, who even took it to a (slightly) higher peak position.

"Cinnamon Girl" came from the LP Everybody Knows This is Nowhere, Young's first with Crazy Horse. Sometimes referred to as Young's backing band, that wasn't the case. Crazy Horse was a separate band that recorded its own material and occasionally collaborated with him. However, both Young and Crazy Horse made some of their best music together, which cements that misconception in many people's minds.

Another vocal performance that recalls the days of R&B vocal combos, "If My Heart Could Speak" was only able to hang on to the Hot 100 for one week before dropping off. It was a Top 30 R&B hit, however.

It was also the last Hot 100 single with George Smith as the group's singer. He died of spinal menigitis later in 1970. Written by group member Kenneth Kelley, "If My Heart Could Speak" featured the group's multi-part vocal harmonies, but the music behind it was contemporary, with a lush string section and even using a distinctive modulated "watery" guitar line. It's another one of the songs this week that probably might have deserved better but was considered "dated" at the time.

The song would be revisited a decade later, appearing as part of a medley on the group's 1980 LP After Midnight. That version was given an updated arrangement for the post-disco era, but it's missing something from the original version.


The Satisfactions - "This Bitter Earth" (Not Available on iTunes)

The Satisfactions were a four-man D.C. area band with Junior Issom on lead vocals. They don't appear to have been around for long, and there isn't a lot of info about the group to be found anywhere. It was one of only two singles they would take into the charts.

As for "This Bitter Earth," however, there's more information. It was written by Clyde Otis and was made into a #1 R&B hit for Dinah Washington in 1960. It has become something of an R&B standard, being recorded by several acts over the years.

The chart information above the YouTube video seems a little ominous. One week at #100 and then gone. It ended up getting a second chance a couple of weeks later.

Turley Richards grew up in Charleston, West Virginia. Blinded in the left eye at the age of four in an archery accident, he rose above the disability to become a folksinger who played in the Greenwich Village scene during the 1960s after a failed try to make it in Los Angeles. In 1970, he released his debut LP and "I Heard the Voice of Jesus" was the first single.

While there was no shortage of songs about religious themes in 1970, "I Heard the Voice of Jesus" was no newcomer. It was a traditional song/hymn written by Horatius Bonar in 1846, with music composed by John Dykes in 1868. Richards sang in a hymn-like manner, complete with an organ. That may account for part of the reason it didn't become a bigger hit; there was no "cool" element like a fuzz guitar line or gospel choir behind him.
Posted by Chris Stufflestreet at 8:30 PM

Email ThisBlogThis!Share to TwitterShare to FacebookShare to Pinterest
Labels: #1 Song, 1970

Newer Post Older Post Home
Subscribe to: Post Comments (Atom)
This blog is dedicated to the enjoyment of music from the 1970s. However, please understand that copyrights sometimes prevent me from featuring everything. If you own a copyright to any song featured here and wish for it to be removed, please drop me an email and I will take it down in a matter of minutes once I read it.